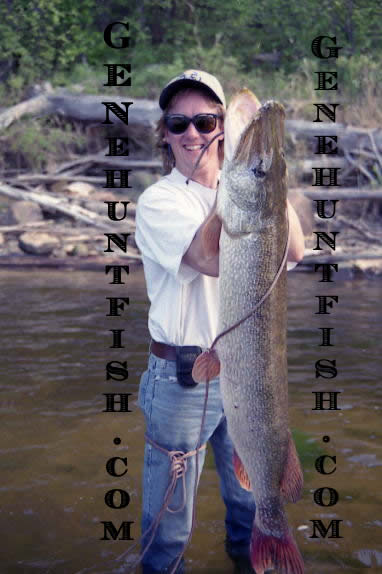 Watch The Movie Of The Monster Pike

Ideal Temp: Depends Where You are Fishing-but I have fished them when the water, could "chill"a beer, to where I wanted to go for a swim.

The biggest in weight, that I had anything to do with was, 50 and a half inches, with a girth of 24 inches and to

the last bottom fin by the butt, was 24 inches, weighing over 40 pounds.

Environment: Wherever there is bait and fairly warm waters that have cover and the right amount of oxygen,

this great sport fish can live over 30 years. Most of your Best pike fishing, is in the Provinces of Alberta,

And A Few More. If You have a great place, Let me know. Germany(I have a picture of this monster just out

of the water-The World Record), England, Holland, Scotland, and Help me OUT HERE!!!. I caught them

inAlaska. And a jillion other places in the FAR NORTH of THE NORTH WEST TERRITORES.

But My best fishing for pike, was in Alberta.....That is where I learned to become a bigger

PREDATOR,... or one mean RAPTER on the loose 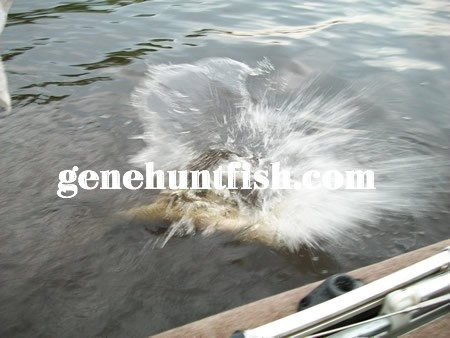 Techniques: live bait, casting plugs, spoons, spinners, jigs, and much much more, fly Fishing too, with

colors galore. I have used yellow rope to a spark plugs, teasing this great sport fish.

I have practiced more "catch and release" fishing. This is do, to the BIG FISH I caught, and I doubt if I will

ever keep another pike in the boat or stringer, unless we are having a .FISH FRY.

When I was growing up, the limits were like, 40 fish per angler. And my Dad, Uncles, and myself included, 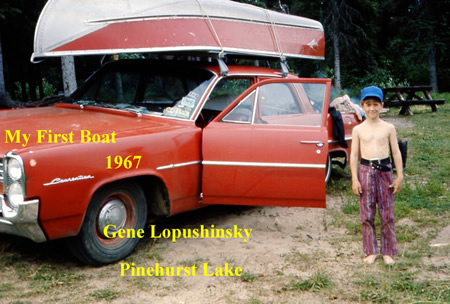 We had every kind of hook one could buy, and some that we made. We were down right ruthless when it

came down to catching these great sport fish. And hey all went to a dinner table.

it was all Dad's fault, for bringing home a fishing rod. When I was 2 and half years old, My Dad caught 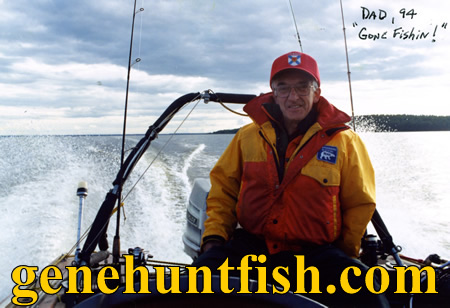 The Fishermen that caught this "Monster Pike"

27 years old and was born in Rotterdam

The Pike was caught in Holland. 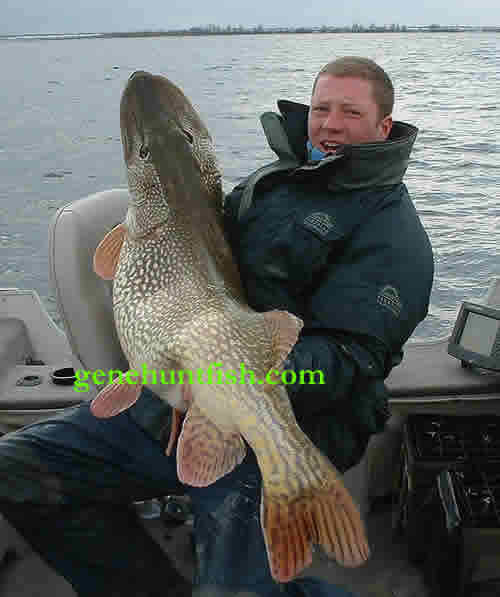 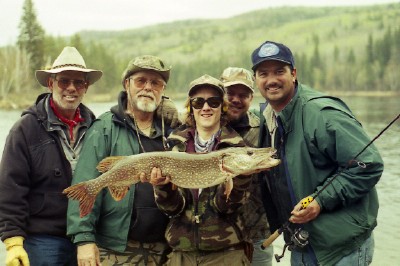 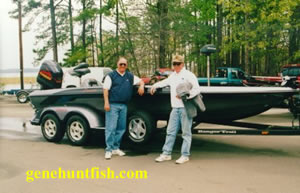 How To Clean A Northern Pike

1. First, the back fillet. Set the pike on its belly (swimming position) and cut across

the fish straight down to the

backbone just behind the head. Turn the knife so that it’s lying flat atop the backbone, with the sharp edge facing

the tail. Cut following the backbone until you reach the dorsal fin, then turn the knife and

cut up to remove the back fillet. This should also serve to expose the tips of the Y-bones. 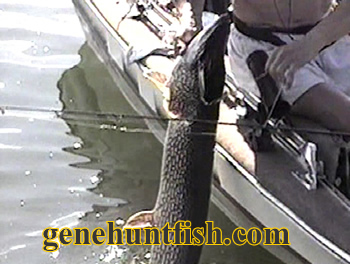 2. Now make a cut on each side of the fish behind the gill plate, from the backbone

down to the belly. With the tip of the knife, gently separate the flesh from the

outside of the Y-bones down to the belly on both sides, starting from

the head and ending at the dorsal fin. You now have two more boneless fillets, but

you’re not done yet.

3. There’s another set of Y-bones that runs vertically just below the dorsal fin; you’All want to avoid this, too.

Put the fish on its side and cut just behind the dorsal fin down to the backbone. Then turn the knife so the sharp

edge is facing the tail and cut back along the backbone to the tail. Repeat on the other side and you now have

a total of five beautiful, boneless fillets (and don’t leave behind the cheeks).

This method works best with pike about five pounds and over (but please, be sure to release the big bruisers).

Once you’Ave mastered this technique, it will change your mind about passing up pike in favor of more easily

On Great Big Pike, I will Just fillet the fish l Like a Walleye and cook the fish with out the skin on, in a

Very Hot Vegetable Oil in A

Large Cast Skillet and Pull The Bones Out while eating. The bones are as Big As Toothpicks or Larger,

so you will have No Problem

eating the fish safely, without swollowing any Bones. 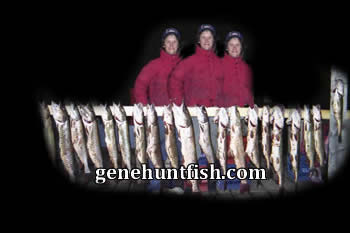 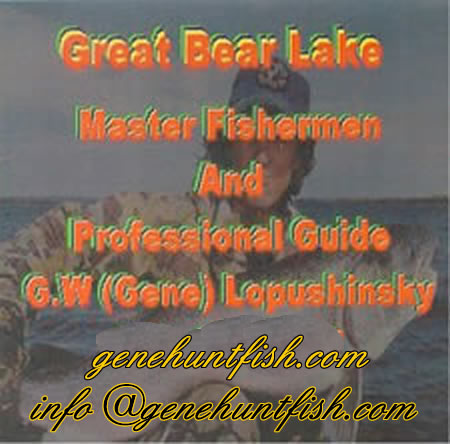